Scooter is a Chihuahua who was accustomed to living in a lovely home. Unfortunately, the dog’s owner passed away and he was left to fend for himself. He was taken to a local shelter for homeless animals.

He had to find comfort in any way possible. At night, he would tuck himself in with a dark blue blanket that was covered in white stars. All that would stick out was his cute little face.

The shelter staffers knew that he was a sweetheart. However, they did not know if anyone else would feel the same way. Senior dogs like Scooter tend to struggle in these types of situations.

They are simply not as popular as the younger dogs. The average adopter will want to choose their own puppy instead. That leaves dogs like Scooter without very many options to choose from.

The Humane Society of Branch County was providing him with a place to stay. The no kill shelter knew that there would not be much of a demand for a 12 year old dog that was dealing with a chronic hip injury.

Since the shelter had the space to keep him, they resigned themselves to the idea that he would be spending the rest of his life with them.

Once the shelter snapped a photo of the senior dog curled up in his blanket, the prognosis started to change. Jessica Lynn Howard was one of the many people who inquired about the dog’s status.

When she saw the Facebook post about Scooter’s plight, she immediately showed her husband. “I have to go get him,” she said and of course, he agreed.

It was a three hour drive to the shelter but Jessica did not care. She had to take Scooter home with her. As soon as he arrived at the home, it was clear to see that he would fit right in.

The rest of the dogs greeted him as if he were a long lost brother. The family has a sizable farm, so finding more room for the dog was no trouble whatsoever.

In case you were wondering, he has maintained the same bedtime routine. He’s got his own blanket and he still tucks himself in each and every night. His new mother would be happy to help but he would rather do it himself.

It is time to share this story and shed light on all of the senior dogs who are in need of homes. They deserve the same love and attention as their younger counterparts! Cheez-It combines its cheesy crackers with a whole box of... 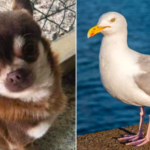 Woman makes urgent appeal after seagull flew off with her... 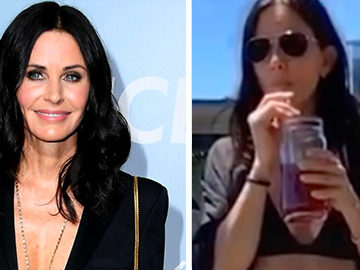